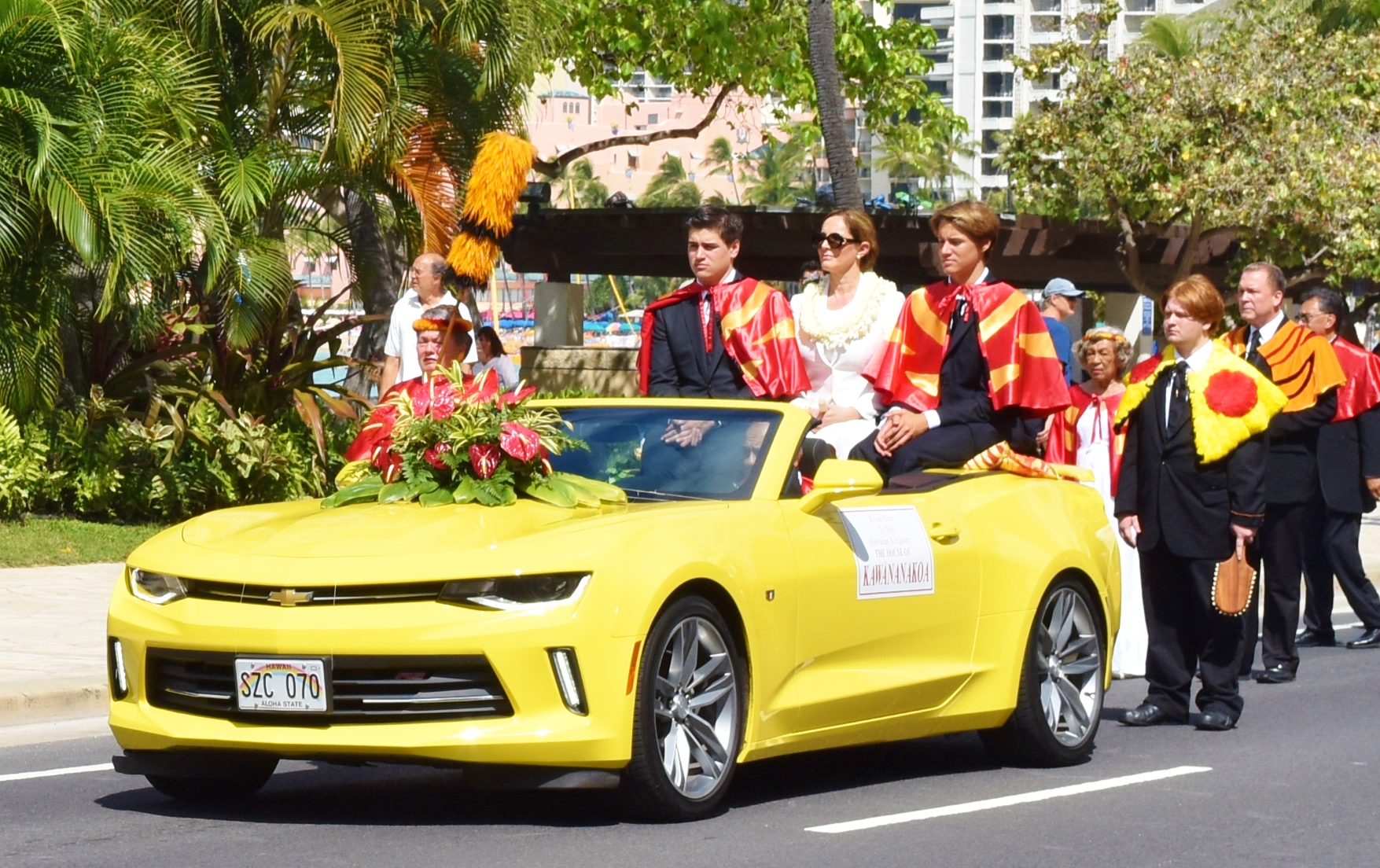 Prince Kūhiō Day is a state holiday in Hawaii, observed March 26 each year. He was the founder of the Hawaiian Civic Club movement and proponent of the Hawaiian Homestead Act of 1921. Events take place on or around this date, featuring festivals and parades.

On Saturday, March 25, hundreds of participants dedicated to preserving the heritage and culture of the Hawaiian islands formed a magnificent two-hour parade along Waikiki Beach on Kalākaua Avenue.

Members of the Royal Societies (Royal Order of Kamehameha, Ka‘ahumanu Society, Hale O Nā Ali‘i, and Mamakakaua) participated; leading the parade were members of the current Hawaiian royal family. Attending were Prince Riley Leileiohoku Kawānanakoa, Crown Prince Kincaid Kawānanakoa and their mother Princess Elizabeth Broun Kawānanakoa (they are the family of Prince Quentin Kawānanakoa, head of the House of Kawānanakoa, and heir to the throne of the lapsed Kingdom of Hawaii).  Prince Quentin is the great grand-nephew of Prince Jonah Kūhiō Kalanianaʻole Pi’ikoi, the royal to whom the festival is dedicated.

The beautiful and accomplished Hawaiian singer Ku’uipo Kumukahi narrated as participants passed by the statue of Prince Kūhiō; leaders placed flowers and garlands upon the statue as tribute to the beloved prince’s memory.

David Bandy, representing Friends of the Royal Hawaiian Band, passed out free prize tickets to guests at the festival. Between performances, winning tickets numbers were announced and guests received copies of the Royal Hawaiian Band’s performance at Carnegie Hall. The charity was just one of the many cultural organizations represented at the festival; each had tents offering tasty food plates, Hawaiian arts and crafts and organization news.

The grand finale on stage was a superb performance by Ku’uipo Kumukahi.  She announced that The Hawaiian Music Hall of Fame is currently being rehomed to the Hyatt Hotel in Waikiki, giving greater access to tourists interested in learning about celebrated Hawaiian performing artists.